What I Learned as an Addictions Counselor

I spent 2 years working as an addictions counselor for a Cumberland Heights IOP. In this post, I share a few reflections on addiction and recovery from substance abuse.

I recently resigned from a position that I held working for Cumberland Heights for two years.  Cumberland Heights is one of the biggest addiction treatment facilities in the Southeast, and it has been in operating in middle Tennessee for over 50 years.  They offer inpatient treatment (what most people think of when they think “rehab”), intensive outpatient programs (IOP; group therapy for 3 hours a night, 4 nights per week, for roughly 18-24 sessions), and they have recently added sober living facilities, individual consulting, and medication management.

My role was to be a primary counselor for an IOP group.  So my job was basically to monitor their abstinence from substances, integrate them into 12 step programs, connect them to necessary health or social resources, and provide education about the disease of addiction within the context of group therapy.  I was given a lot of autonomy within how I ran my group, but I had a lot of support from the rest of my IOP staff.  To be honest, I never really wanted to work for a big company or even in the world of addiction.  However, I quickly learned that I had a passion for facilitating group therapy, and I developed a strong passion for helping those afflicted by this condition.

The experience I acquired was invaluable as a counselor, especially when I understood the scale of the problem.  A federal report released by the U.S. Surgeon General said that 21 million Americans struggle with addiction, and someone dies from an opioid-related drug overdose every 19 minutes.  According to a USA Today article, there are more addicts than all types of cancer patients combined.  So experience in substance abuse is invaluable for any counselor, because substance abuse is a big part of what brings many people to counseling in the first place.

So at this point, you may notice that I have said “addiction” or “substance abuse,” but I haven’t said “drugs” or “alcohol.”  That’s because I think it’s as important to treat alcoholism like any other addiction, when we’ve seen that it can be just as deadly.  You may have also noticed that I referred to addiction as a disease, because I believe that it fits comfortably within that model.

Many people misunderstand addicts, and consequently misunderstand addiction.  There is this stigma that addicts lack moral fiber or simply make bad decisions.  This could sometimes be the case, but more often, it’s much more complicated than that.  Cumberland Heights, and most 12-step programs, encouraged the abstinence-based recovery model.  This model supports the belief that if you have crossed the threshold into the disease of addiction that you are more likely to have a problem with all substances, and not just your drug of choice.  This is because it’s not heroin or alcohol that your brain really wants, so much as it is a source of excess dopamine.

Dopamine is a chemical that is released in your brain to make you feel good when you eat something good or you reach sexual climax for example.  Dopamine makes you happy and sends a message to the most basic part of your brain that says “this will help me survive.”  Unfortunately, there are many risky substances and behaviors (process addictions; gambling, adrenaline, shopping, etc.) that can also release massive amounts of dopamine in your brain.  As a result of a genetic vulnerability combined with the right or wrong environmental triggers, our brains may create a bond with that dopamine source that associates that source with survival on an unconscious level.  That’s how addiction is borne.  At this point, you’re decisions are skewed in favor of acquiring that dopamine release, so addiction becomes a condition that affects your ability to make choices, rather than a choice itself.

The difficulty many have is determining whether or not they qualify as an addict.  There would be several people who would make it to my group who did not believe they had a problem, and to be honest, a handful of them may have been right.  Some may have been there because it was their first criminal offense, and they were trying to clear their records.  Some may have had other mental difficulties, and substance abuse was more of a terminal symptom than the bigger problem.  So we generally encouraged the patients to examine the evidence, symptoms, or consequences.  I believe that addiction is best characterized by the failure to cease using a substance despite substantial health, relational, occupational, legal, or economic consequences tied to said substance.  For example, if you get drunk on almost a daily basis, have been caught being drunk on the job, and/or have cheated on your partner while under the influence, and still won’t stop drinking, you may have all the evidence you need.  Fortunately, you don’t have to have accumulated too many consequences before you learn to embrace sobriety.  Many are able to recognize a need for sobriety after one or two significant consequences.  Unfortunately, it doesn’t work out that way for most.

A big part of my job was getting people integrated into the 12 step community.  Traditionally, the most common 12 step program is thought to be Alcoholics Anonymous, but several others have been designated over the years.  Other 12 step groups include Narcotics Anonymous, Al-Anon (friends and family members), Cocaine Anonymous, Gamblers Anonymous, Co-Dependent Anonymous, and many other specific groups.  Most of these groups revolve around the same set of steps and principles, and many addicts go to multiple types of groups.

I’ll admit, when I was less familiar with the 12 steps, I had difficulty accepting them.  I found them to be a bit ridged and indoctrinating.  Also, the emphasis on having a higher power figure seemed a little too “pray the drunk away” for me, and I had mixed views about prescribing that within a clinical setting.  When I understood how addiction affects your brain's ability to make choices, it became evident how a certain amount of surrender (or even buy-in) was important.  No matter how much addiction has hurt you or the ones you care about, if you are new to recovery, your cannot trust your brain to not lead you to your drug-of-choice.  This is why you need to trust the program, people who have been sober longer than you, and even some Higher Power figure.  “Higher Power” will vary from person to person, and people will often settle on a more abstract concept, like “the group,” rather than a supreme deity.

I’m not going to say that AA is the end-all-be-all path to sobriety, but the 12 step principles could be useful for anyone looking to improve their life or even discover a path to secular spirituality.  I will even be so bold as to say that if you have entered into active addiction, even if you could get sober without AA, you can’t get sober alone.  In my observation of addicts in recovery, community is what truly enables long term sobriety, and what is great about 12 step groups, is how available they are.  At almost any hour of the day, there is a meeting going on somewhere in the greater Nashville area that would welcome you, if you’re struggling.

I came to believe that the fight against addiction is one of the worst health epidemics in our society.  For some perspective, addicts make up a about the same population of the U.S. as the whole LGBT community and Asian community combined. Up until now, one of the primary means of dealing with them is with incarceration rather than rehabilitation.  We, both as a society and a mental health community, need to come up with more creative and compassionate means to help families deal with this affliction.  I’m grateful to Cumberland Heights for giving me the opportunity to develop a passion for a community I hope to advocate for my whole career. 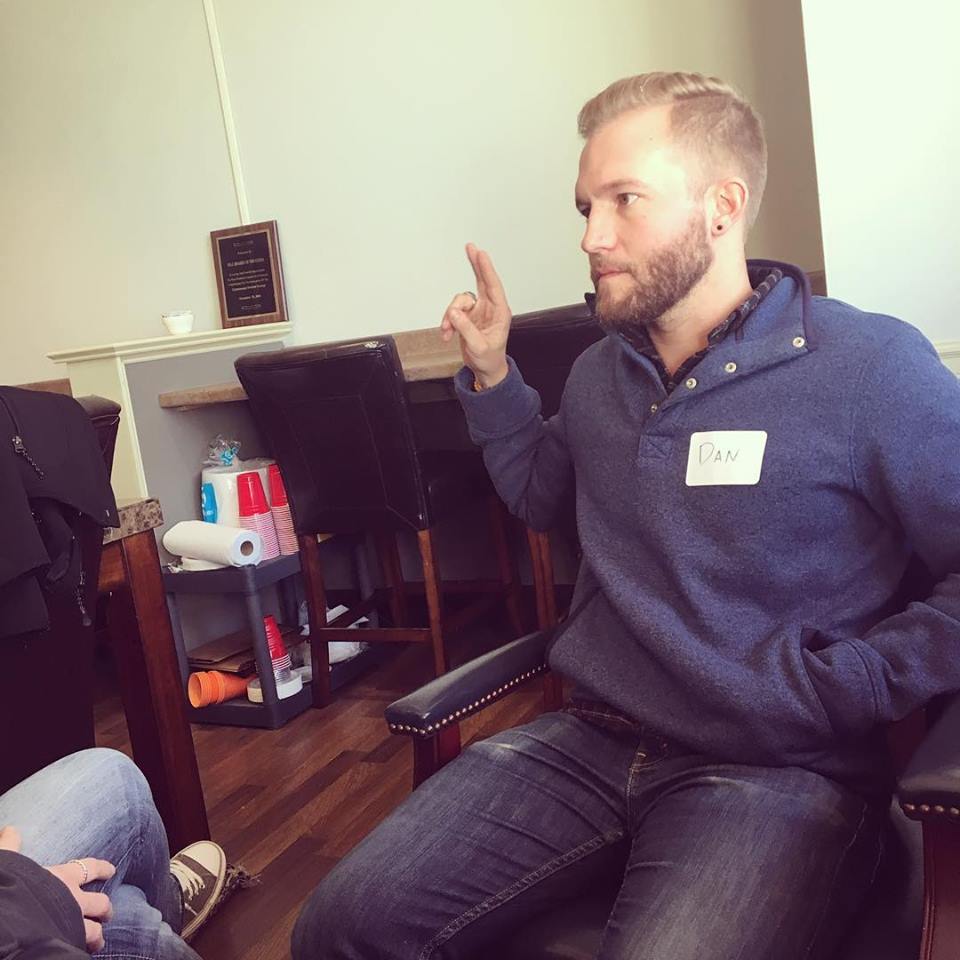